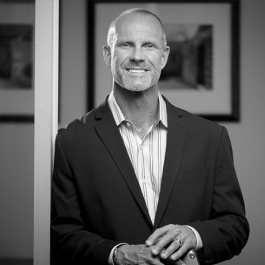 Mike has a broad and deep professional background that includes having envisioned, planned, launched, and managed 11 ventures including eight LLCs, two non-profit organizations, and one C-Corp. He earned an international reputation in the highly specialized field of perioperative spine care and is regarded as one of the pioneers in the concierge medical space. In 2011, Mike sold his firm to Hospital for Special Surgery (HSS), making national news as the first acquisition by HSS in their esteemed 150-year history. Named Director of HSS Florida and reporting directly to the CEO of HSS, Mike helped establish a footprint for HSS in the Southeast.

In 2014, Mike was recruited to lead the North American Spine Foundation as Executive Director where he raised millions for Spine 10 x 25, a national initiative that he created to address US spine disability and for which he successfully secured a congressional resolution (H.Res.432 in the 114th Congress). He has been published 13 times in peer-reviewed journals (seven as lead author), chaired international seminars, has provided over 170 podium presentations, and produced 19 educational videos.

Outside Dakota, Mike enjoys his family, supporting his wife of 29 years who serves as a Palm Beach Gardens city commissioner and his two college-age sons. In addition, he is known for his long-standing passion for endurance racing. Mike competes regularly around the country in marathons, Ironman events, and other ultra-distance contests.

Featured Artist
We proudly feature the paintings of Brian Rutenberg, who inspires all of us through his unique passion, dedication and singularity of vision. Brian has been a client and a friend of the firm for many years. We encourage you to experience Brian’s work which is such an inspirational display of self-expression at www.brianrutenbergart.com.